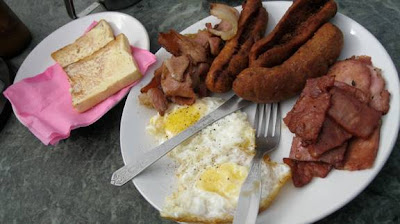 Greetings from Ghorkaland. Land of the Ghorkas, mountain men and women of the Himalaya, so famed for their ferocity as soldiers that the British military dubbed them a "warrior race" and conscripted as many as possible to fight their battles (even as recently as the Falkland War). Quipped one British field marshal, "If a man says he is not afraid of dying, he is either lying or is a Gorkha."

And what does a warrior race eat for breakfast? Not sure; probably something like oats and blood. (Actual Ghorkhas enjoy potatoes, garbanzo curry and dumplings.)

But what does a visitor to Ghorkaland eat for breakfast, a visitor who's eaten naught but scrawny fish and sickly chicken, when any meat at all, for eight months?


Meat. (That's 3 kinds of pork on the plate above; you know, for those of you who keep score of these things.)

But I digress. Ghorkaland is the semi-autonomous, proudly quasi-independent region of northern West Bengal whose unofficial capital city is the idyllic hillstation of Darjeeling, non-quasi-official global capital of tea, where our holiday began after a 27-hour train ride and a 3-hour 4x4 jeep ride.
The tea was okay, the meat was delicious, and the views at breakfast were divine. 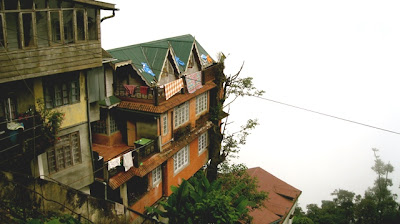 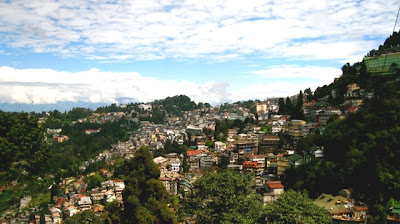 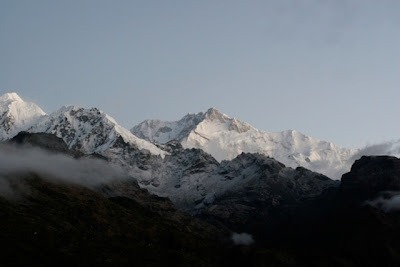 Great pictures. But just what is wrong with oats in the morning! ;)