A Tuque in India

Ah, December. A line of no retreat for Winter. A season of snow and slipperiness. A time for Tuques. In Canada, anyway.

Your humble Tuque Souq blogger left Canada nine months ago for India with a twosome of tuques in tow; since then Tuque No. 2 has enjoyed hibernation in a desk drawer wrapped around a camera lens.

Tuque No. 1 had the mildew--omnipresent here in the sauna that is the state of Orissa--washed out of it in September to make the journey north to Himalaya in Sikkim, on a trek up to Goecha La, at the base of Khangchendzonga--"Mountain of the Five Fingers of Snow"--the world's third highest peak. 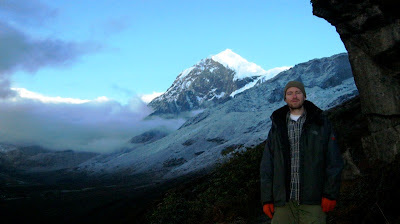 Aside from these adventures, the mighty tuque seems to have little utility in India.
But at long last, Winter has arrived in the coastal jungles of Orissa. It's a nose-numbing 21 degrees Celsius (74F) in the frosty moonlight. At night, now, we sleep with only one fan blowing directly on us. In the dry chill of the early morning we must don t-shirts to survive. One of these days we may get desperate enough to wear socks.
Indeed, here in this vale of shiveriness, even our friends and neighbours are wary of Winter's unmerciful blitz. A land that previously we considered--back in the days of 44 degrees C--to be infertile ground for anything fleece or woolen, is in fact coming to life with ripe tuques! 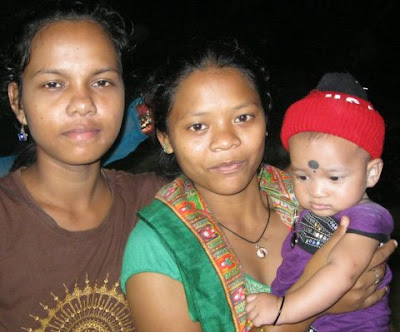 Well, at least one!