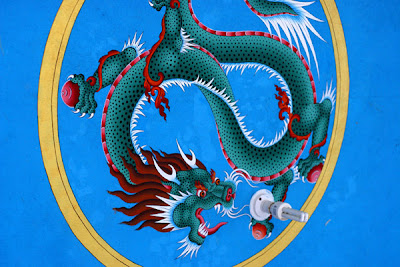 In 1963, about 600 Tibetan refugees arrived in the southwestern Orissa hill country of Gajapati district, in a fertile valley known as Chandragiri. It seems an unlikely spot to run into Tibetans, what with our being a long thousand kilometres from Tibet, as the kingfisher flies.

Click here to view the full photo gallery.
Those first refugees arrived here in the early 1960s after fleeing into exile with the Dalai Lama, following the Chinese invasion of Tibet in 1959. The Indian government resettlement program for refugees established a number of camps around India; today the refugees number between 110,000 and 120,000 all over the country.

Tibetan refugees in India—even those born here—do not have Indian citizenship; some have residence permits which must be renewed yearly, while others—especially those who arrived in a second wave in 1979—have only identity cards which restrict their movement and other freedoms.
Other than schools and handouts of farmland, which have been provided in most camps, the Indian government offers few concessions to the refugees, whose communities mostly rely on disbursements from the Dalai Lama’s Government-in-Exile and His Holiness’s global network of sympathizers.
In a lot of places, all that might seem like a hopeless situation for refugees. In Chandragiri, already in one of the poorest districts in all of India, these communities seem comparatively well off.

Now numbering about 4000 in 5 “camps”—collectively known as Phuntsokling ("land of happiness and plenty")—that look more like suburban neighbourhoods (in relative terms), the Tibetan refugees of Chandragiri seem to have made the most of what little opportunities they have.
Their homes and alleyways are spotless; roads are paved better here than anywhere for hundreds of kilometres. They raise livestock and grow maize for export beyond the community, and one local cooperative grows plantations of mangos for a juice factory. Illiteracy, malnutrition and other indicators of systemic poverty are lower here than in the rest of Gajapti district.
In fact, one international donor NGO that PREM works with recently pulled the plug on their ten-year development program in Phuntsokling; the community was “too developed.”
This monastery, the jewel of the community, was built in 2009 with money donated from around the world, and inaugurated by the Dalai Lama himself. It houses more than 200 monks of all ages. And yes, they will be glad to offer you some Tibetan tea.

I am really touched by your collection on Odisha, Would like to hear more from you.